Born in Uster in 1966, Helge Reumann studied Applied Arts in Geneva from 1985 until 1990. Reumann began by creating different studios in Geneva. In 1996, along with Xavier Robel and Marco Salmaso, he created the Elvis Studio, which specialises in illustration art. In 1999, he was awarded the Krakow Artset Association and Bern Federal Office of Culture Grant. He has written two children’s books, Poursuite in 2000 and Rayon-X in 2002, published by Editions Rouergue. Between 1997 and 2011, he contributed eight times to Editions Atrabile’s periodical Bile Noire. In 2000, he was one of the authors taking part in Tati, a collective publication by Drozophile. Having published the comic books Black Medicine Book and SUV at Atrabile in 2017 and 2019 respectively, Reumann now teaches Visual Communication at the HEAD – Genève. 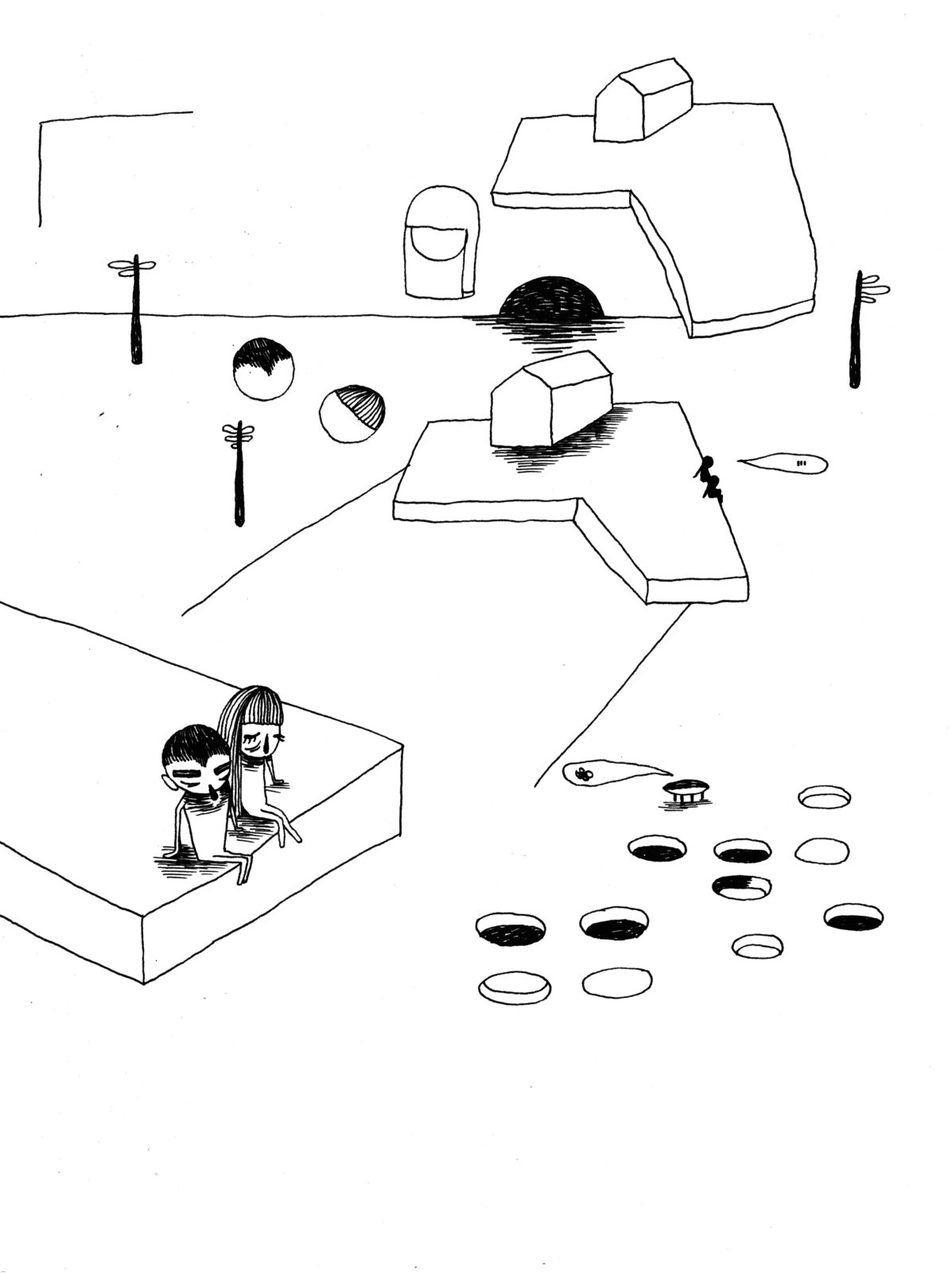 Vanishing flower pots that herald a world in decay, the death of a tombstone cutter that leaves a great void, and a nightmarish birthday surprise in the open country. These stories, imagined…

This is not a test

About SUV by Helge Reumann

Helge Reumann published his new comic book SUV at the Editions Atrabile in 2019. Benjamin Stroun, Reuman’s colleague at the HEAD’s Image/Story major, dedicated a text to him in which he looks…