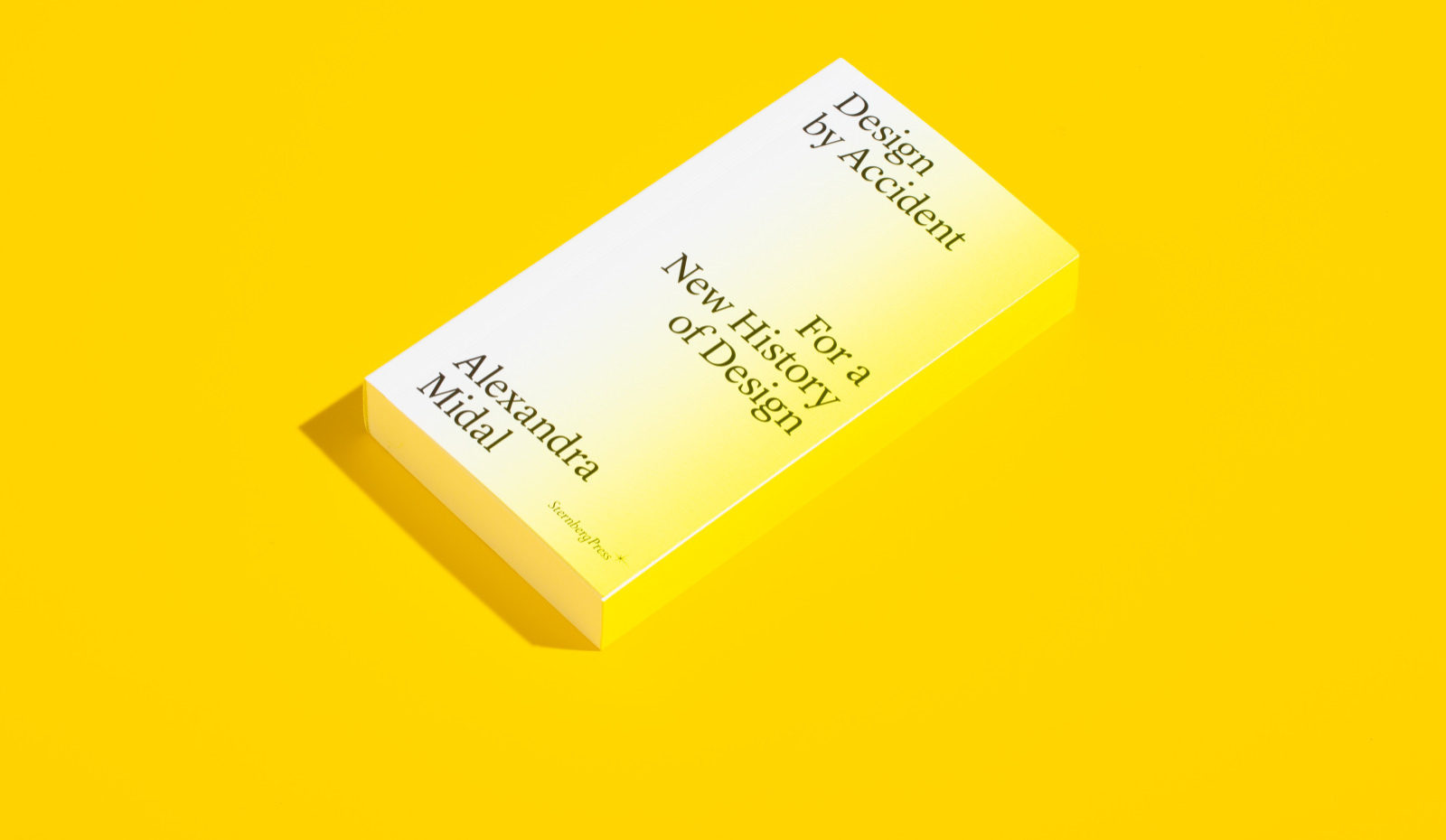 MA in Space and communication

Design history and its interlocutors – practitioners, educators, manifesto makers – have long had an identity crisis. Searching for not only a home but an origin story, design history has hovered somewhere within the human sciences, never sitting comfortably – and rightly so – in the shadow of so-called sister disciplines such as art history. Written by historians of architecture and instrumentalized, as the author of this book highlights, “as a prism through which social change could be explored, rather than an independent field of study in itself,” design history has been fashioned in the hands of others as a tool for their use rather than shaping its own identities and destinies. The field has corne into being, as the title of this text invokes, somewhat unintentionally.

I had long known her name and admired her work by the time I first encountered in person the full force of Alexandra Midal’s genre-bending and expansive mind. A few years ago, when I worked at the Museum of Modern Art, in New York, we collaborated (alongside Paola Antonelli) on an ambitious (and some might say foolhardy) eight­hour-long public program. In advance of the 2017 exhibition “Items: Is Fashion Modern?,” the impetus was to find a compelling way to investigate the historical lacuna around fashion design in the near ninety-year history of collecting and exhibiting at that institution. Alexandra suggested her abecedarium format, a veritable durational speed date between audience and speakers in which twenty-six presenters each took on a pinpoint-specific topic. The end result was somewhere between a circus performance, a Happening, and a scholarly symposium. It was a hit. Its success rested, to a great extent, in the audacious leap into the void Alexandra led us on – curators, institution, and audience – taking on a subject whose edges were hard to discern, and dissecting it with such judicious and surgical precision that its dismembered whole might be critically considered, clarified, and reconstituted anew. As with fashion’s histories in the abecedarium, so too with design’s histories in this book.

Design by Accident is a genealogical odyssey that masterfully – and critically, and lovingly – interweaves stories and ideas, casting back and forth between center, periphery, the long forgotten, and the never recognized to establish design as a field with discernable and deliberate points of formation and growth. This is no mean feat. This project confronts a “history divided between facts and propaganda,” adumbrating polarities that include design’s canonical heroes (William Morris, Peter Behrens, Walter Gropius), those who remain anonymous, and the gendered nature of writing history (an electrifying intervention poses Catharine Beecher’s domestic economy as a precursor to all the men who followed her and tried, and often failed, to rationalize the family home). The book’s subtitle, “For a New History of Design,” marks out its original contribution, articulating with a unwavering richness of historical and conceptual references a palimpsest of histories, practitioners, and moments that form a landscape distinct from (although always in conversation with) that of architecture or the fine arts.

One of the first projects I have been involved with at my new institution, the Philadelphia Museum of Art, is an exhibition on design and different futures; this book is a timely reminder that one cannot look forward without a holistic and critical understanding of one’s past, and that history is not knowledge accumulated but knowledge constructed. Whether the historical path we internalize, teach, or piece together finds its genesis in Morris or Beecher, in the work of Nikolaus Pevsner or Sigfried Giedion, in the anonymous hand, or somewhere entirely different, it is imbricated with politics. Turning such an historiographical journey into a compelling polemic that celebrates and synthesizes the heterogenity of its findings without essentializing is an unenviable task. Yet here, in lyrically composed vignettes, Mid al makes this daunting task look almost easy. Within these pages lies a deliberate, powerful, and ambitious manifesto that charts, from the nineteenth century to the present, the emergence of design as an autonomous discipline. As the author asserts, it is a “history of design in its own terms.” lt is, finally, one for our own times too.

Design is central to life, progress, and survival. It is a complex and complete creative endeavour that encompasses science, engineering, art, history, politics, economy, sociology, and more-as well as a deep understanding of human nature. It is a massively important field of physical and intellectual activity. But it has not yet found its firm and just position in academia and in culture.

It is typical of design curators, critics, and academics to “cry over themselves,” as they say in Italy, and lament having been intellectually soft and unable to confirm the independence of our field in front of the bench of theory and culture. We have bemoaned the lack of a proper design history as long as we can remember. We have looked up to more established disciplines like architecture and art, envied their gravitas and their ability to create records, histories, and mythologies. We have complained about our intellectual and academic dependency on architecture and art, blamed them for holding on to our umbilical cord, sought emancipation.

However, our real sin seems to have been laziness. Histories and theories, manifestos and aphorisms, un­alternative facts can be found in scores to sustain strong design autonomy. Assertions, explanations, and incursions abound, but no one ever bothered to link them, compare them, and gather them in a critical study. Thankfully, Alexandra Midal has never been the lazy – or the passive­aggressive, or the closed-minded – type.

She begins this book by calling upon Joe Colombo’s declaration, “Design is a totality which encompasses archi­tecture, urbanism, production, and the means of communication [ … ]. Design is therefore reality, life, the essential.” That is a strong declaration of intent. Indeed, throughout the book she builds up a crescendo of revealing connections and juxtapositions, and ends by affirming in her own voice the current centrality of design and its capacity to accommodate, and even absorb other disciplines. It is at the same time a personal path, and the path of a whole field of academia and practice.

Indeed, this book is an act of design onto itself, where the author uses all the means at her disposal without ever losing sight of the goal, making sure that the final synthesis is elegant and whole, much more than the sum of its parts, and necessary.

It is an important time to present a clarification, to declare the emancipation of design. The field has exploded into a world-building universe of concentrations – visualization design, information architecture, collec­tive design, interaction design, interface design, critical design, and social design are only a few of the possible areas of practice that have been added to the good, old-fashioned products, furnishings, textiles, interiors, and graphics of yesteryear. And, lest we forget, design has embraced also architecture, landscape, urban planning, and beyond.

Spoon to city, lipstick to locomotive, atom to complex system, Alexandra Midal’s theory encompasses all scales. Bold and assertive, it claims a territory (both academic and disciplinary) that design has invaded over decades, at times timidly, at times forcefully enough as to be attacked by the antibodies of of the architecture and art establishments often using design’s honest and unambiguous relationship to commerce as a way to put it back in its place (the “commercial arts”). But even when it comes to invasions, design proves to be the most vital, useful, and contemporary cultural attitude. Respectful, curious, generous, and hungry for other fields’ bodies of knowledge and expertise, designers invade without colonizing. Who can we trust more? They should run the world.