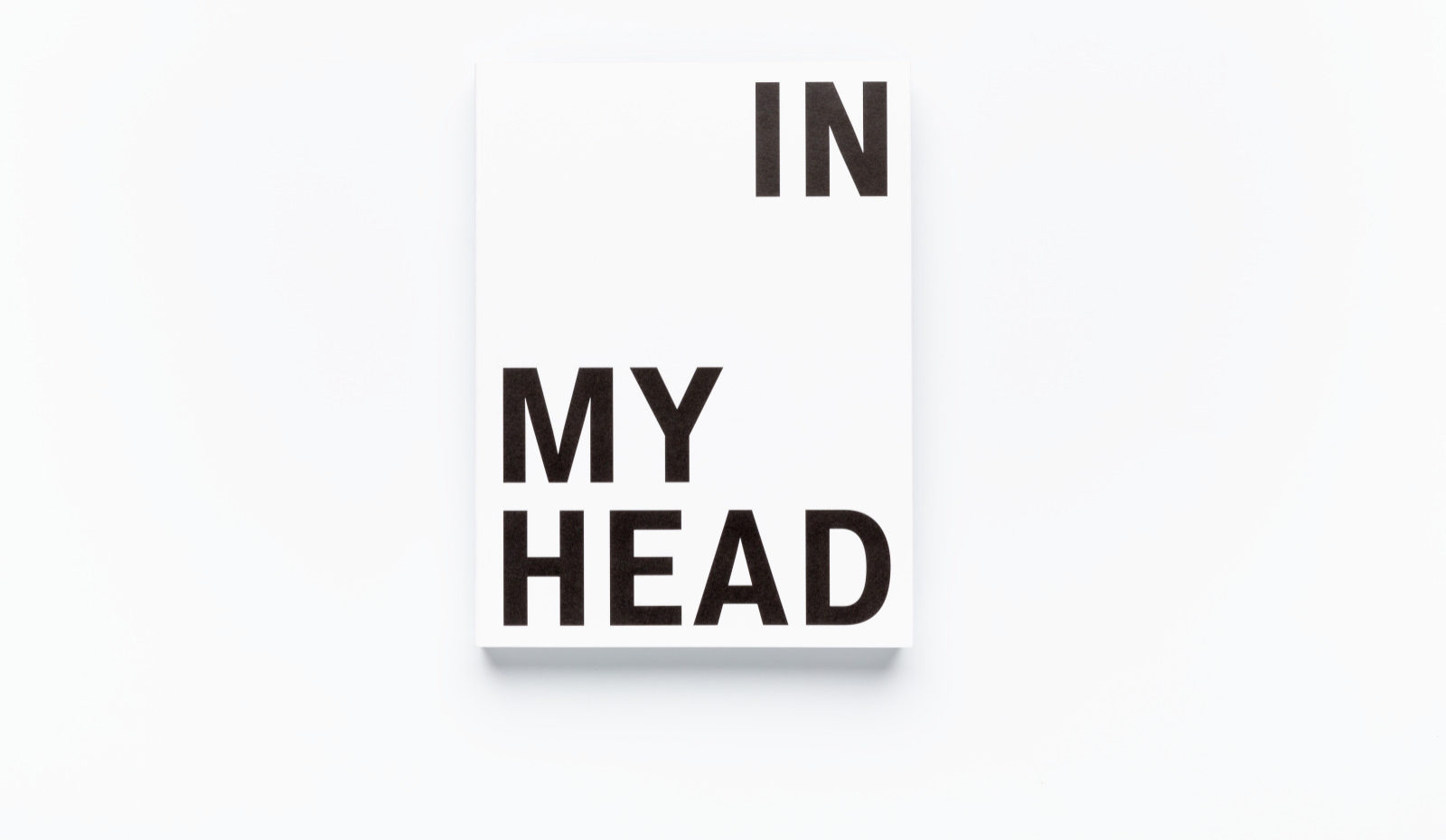 In my Head / Out of my Head

The HEAD–Genève is a school which obstinately refuses to found a school. The HEAD–Genève reiterates and generously demonstrates this principle in the varied pages of the two large volumes it is dedicating to itself on the occasion of its 10th anniversary: In my Head and Out of my Head. The titles, respectively ringing like a melancholy ballad and a heady pop song, hint at the productive tension between the inside and the outside, the intimate and the public, which are also and above all the two sides of creation in art and design. The account of a little over ten years of singular projects by students is organised so as to hinge on the relation to practice, as opposed to supposedly striking tendencies. The first tome focuses on works developed within the school whereas the second focuses on those realised during partnerships with other organisations within the city.

In my Head is an opportunity to read a series of interviews conducted by the journalist Nic Ulmi with the managers of the school’s departments. The interviews can be seen as instructive manifestos about the pedagogy developed within the different heads of the HEAD – Genève Hydra. In Visual Arts, Charlotte Laubard explains the approach of her department, which is oriented towards conversation and the plurality of the teaching team, as opposed to the classical structures in Fine Arts, where students are placed under the aegis of a “Master.” The growing space given to writing, both theoretical and creative, is also underlined. Jean Perret, the former head of the Cinema Department, comes back to the hybrid notion of “cinéma du réel” (Cinema of the Real), which his department has long championed as a space for creation at the blending point of fiction, documentary and experimental cinema.

For Jérôme Baratelli, who was in charge of the Visual Communication Department until 2018, offering various and sometimes conflicting angles allows students to make their own way, as with the use of play as a thought-provoking process, which is advocated in Visual Communication. As for Elizabeth Fischer, she shows the growing importance of sociology and anthropology in the Fashion Design and Product Design-Jewellery Department. Fischer also notes the emergence of the watch as an object at the heart of creative renewal and developments linked to genre, for which the HEAD has specifically created a chair. The different interviews intersperse a catalogue of images of hundreds of alumni and alumnae projects that bear witness to an endless spectrum of interests, revealing the wealth of forms in our present.

Barely thicker, the matching piece Out of my Head – 475 pages against 452 pages for In my Head – stresses the role of the contemporary art school as a creation laboratory, exhibiting in artist-run spaces as well as museum institutions, working with prestigious brands as well as with small publishing houses, being a part of major international design fairs as well as occupying grassroots neighborhoods on the outskirts of Geneva in a form of joyful expansiveness and loquacity. Jean-Pierre Greff reveals the importance of these external collaborations in his introduction: “To the vision of a school-sanctuary, cut off from the world and without direct links with the realities of the ground, the HEAD – Genève prefers the more relevant vision of a melting pot of encounters in action.”

While celebrating the diversity and plasticity of the school, this double book realised by the Schaffer/Sahli duo remains, graphically speaking, an object typical of the HEAD–Genève: clear, without sleight of hand, acting in the service of the works it brings together. A solid container for exchanges which remains unassuming.

Books on sale: here and here