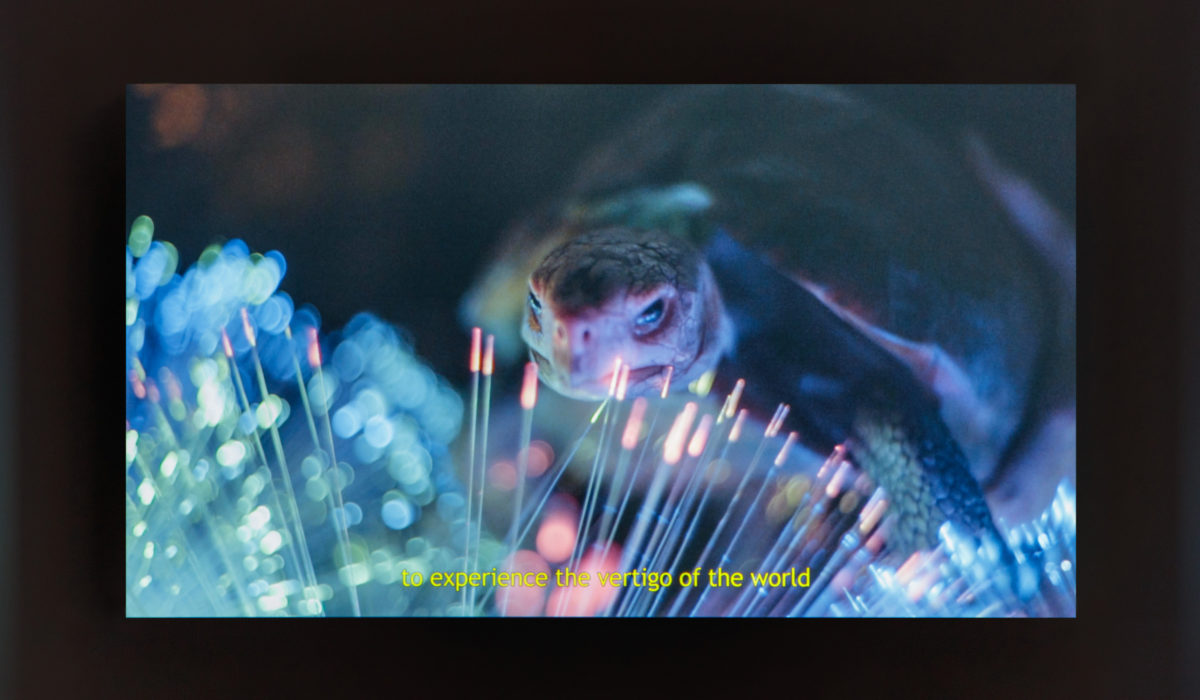 “Will you find beauty in this sea of data?” Arunanondchai asks, in Thai, in the video, “we left it behind just for you.” In keeping with the previous three videos in his series Painting with history in a room filled with people with funny names, the artist engages a hypnotic epistolary exchange with the drone spirit Chantri, voiced in French by his mother, a language teacher. These missives pay homage to Chris Marker’s cine-essay Sans Soleil (1983) but also to the tribute of Marker’s film, Alfred Hitchcock’s Vertigo (1958). Both similarly center on the urge to recreate, relive, revisit — to find intimacy with that which evades and, in so doing, holds power over us. We’ve seen this impulse in Arunanondchai’s past works: his body, or that of his twin, is pressed against images in an attempt to mark or affect them the way they mark or affect the body. He attempts to forge a non-unidirectional engagement with the spectacle. But here, in a fractured cinematic space of speculation and documentary, the artist faces down the mercurial force of memory. Specifically, he addresses the seeming contradiction between the fluid subjectivity required to contextualize the images that comprise memory, and the technology we have designed to care for it. What happens to memories when they are sloughed off into machines, he seems to ask. Might they recombine to form new paradigmatic presents based on some alienated version of our past? Will they forget us, and can they survive us? “

Automation: for or against designers?

A graphic designer and teacher who has long been interested in interactivity issues, Etienne Mineur is experimenting with artificial intelligence image generation platforms, such as DALL-E or Midjourney, to create typography. Testing… 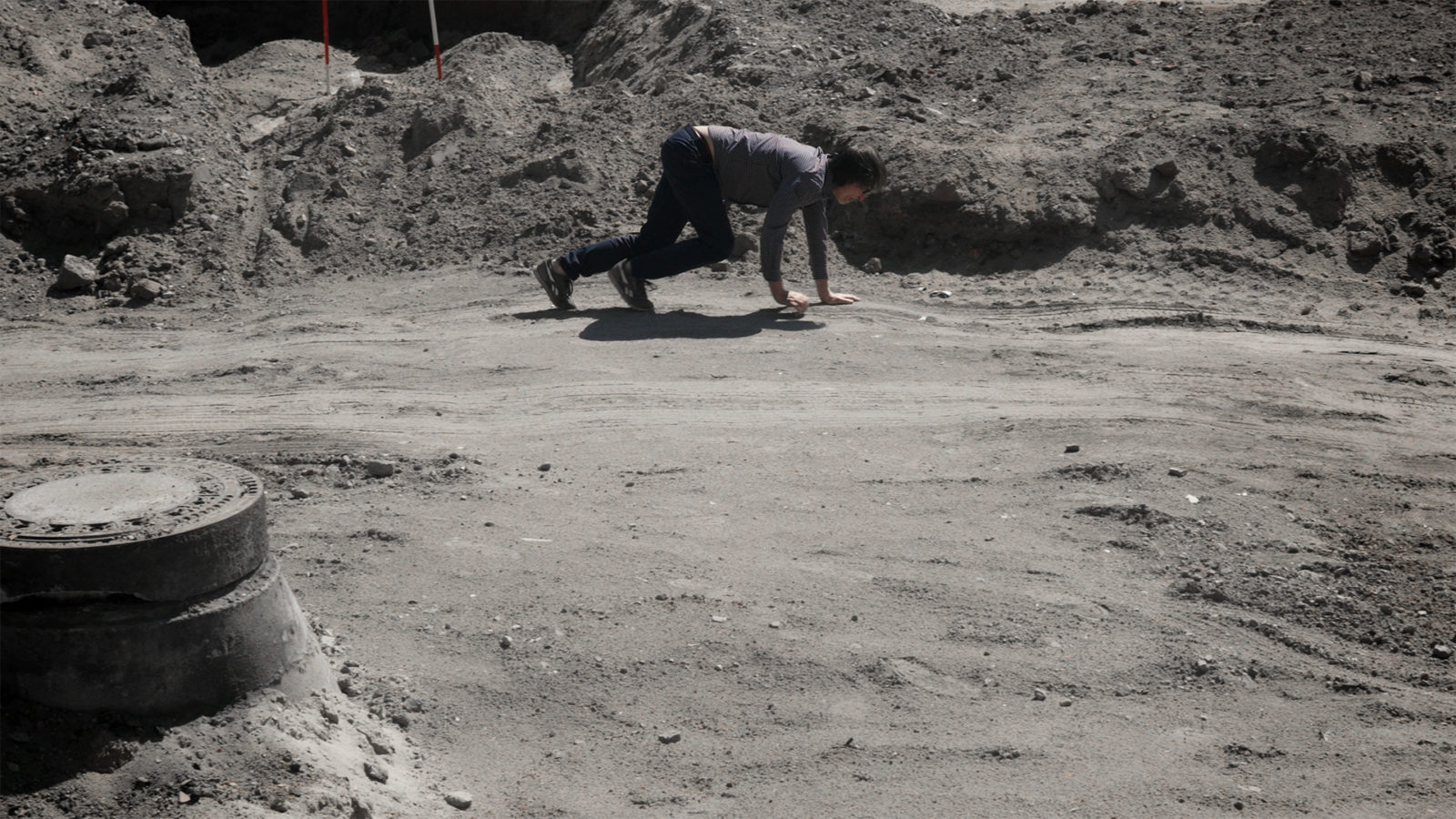 An interview with Sylvie Boisseau, Frank Westermeyer and David Zerbib 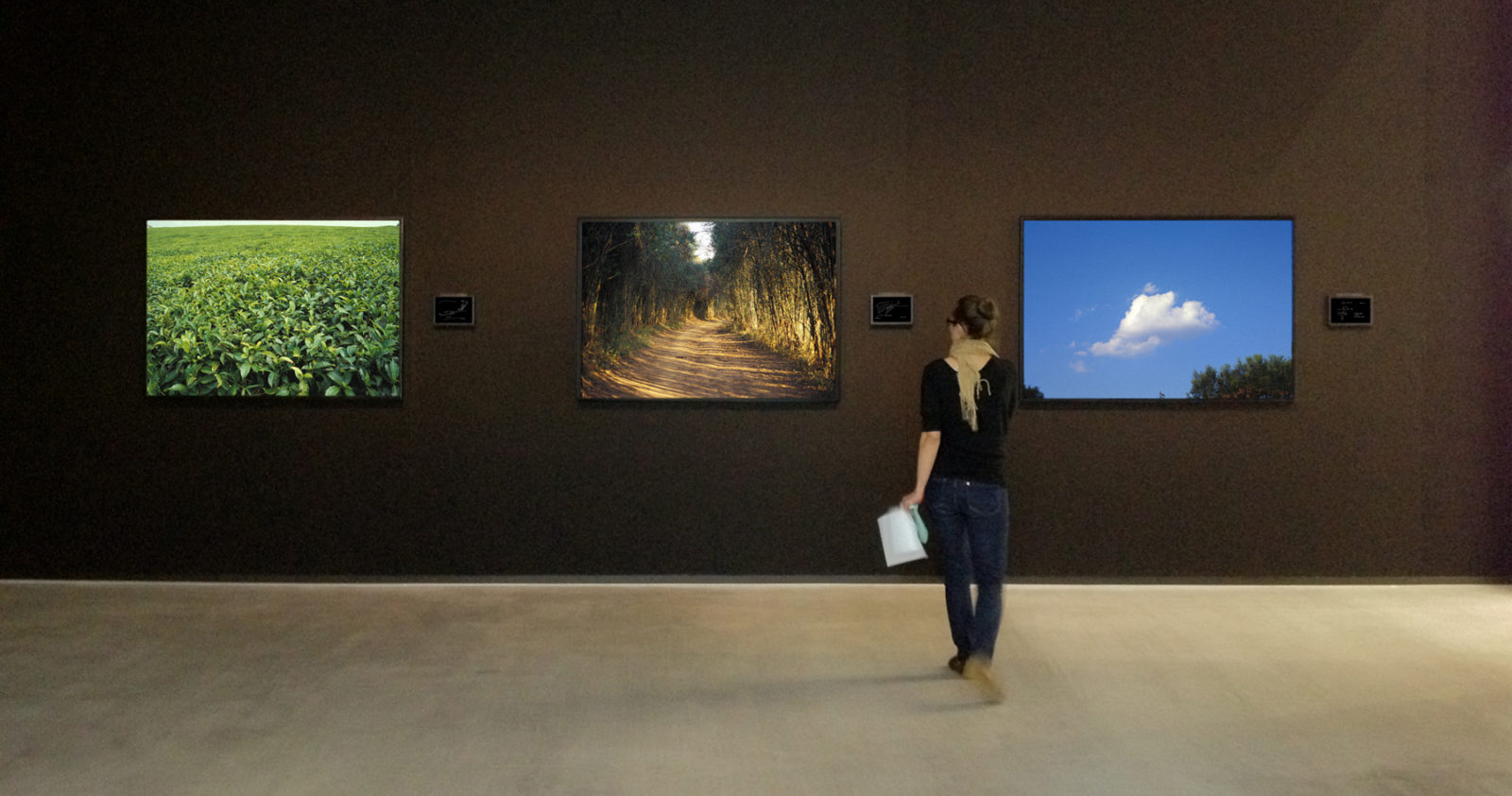 Artists who are attentive to humanitarian situations raise the question of the gaze in the face of vulnerability and appraise the risks of voyeurism. More generally, the speakers in this section reflect…