rano rano, naming, listening to, refusing the coloniality of the exhibitionary complex

Western museums are institutions of knowledge as well as places of representation. Deeply rooted in white imperialist history, it seems unavoidable to think about these particular institutions ignoring the critical approach to their colonial legacies. However, despite the growing number of decolonization initiatives that are taking place in Europe and North America, the observation of the political theorist and historian Françoise Vergès still stands today: western museums and their collections constitute a “symptom of the present.” They represent an impossibility to think and confront the implicatedness of the colonial matrix of power1 at the heart of western modern social order. German activists use a specific word to describe these processes of epistemic foreclosure: Entinnerung2. Un-remembering. It does not imply total erasure, but tends towards forms of relativization of specific histories that unsettle “imperialist white supremacist capitalist patriarchy.”3

Departing from a critique of western museums, as well as my own embodied experience, my research is following the path of fugitivity.4 On this trail, I encountered artists and thinkers developing a powerful embodied critique, rooted in a heritage of maroon thinking/marronnage. Here, I understand the maroon5 not only as the historical individual, but also as the trans-historical political and cultural figure. The maroon embodies what most radically unsettles European modernity, and therefore, opens the possibility of what Françoise Vergès calls “a radical promise”6 in Féminisme décolonial; a radical promise to open a fugitive trail,7 where we gather accomplices to haunt, worry and unsettle racial capitalism. Accomplices with whom we work at undoing the principles of non-questioning that hold western normative positions in power. By naming it, marking it, we answer to the call of the artist Jota Mombaça to “make the normal face itself, expose the regimes which uphold it, upset the logic of its privilege, intensify its crises and pick apart its dominant, controlling ontology.”8

By the means of a multidimensional9 approach, my research project is concerned with exposing and upsetting the logic of the western museum through its multiple corollaries—be it the exhibition complex, colonial photography or contemporary art performance, through the lens of Blackness, Fugitivity and Feminist theories. 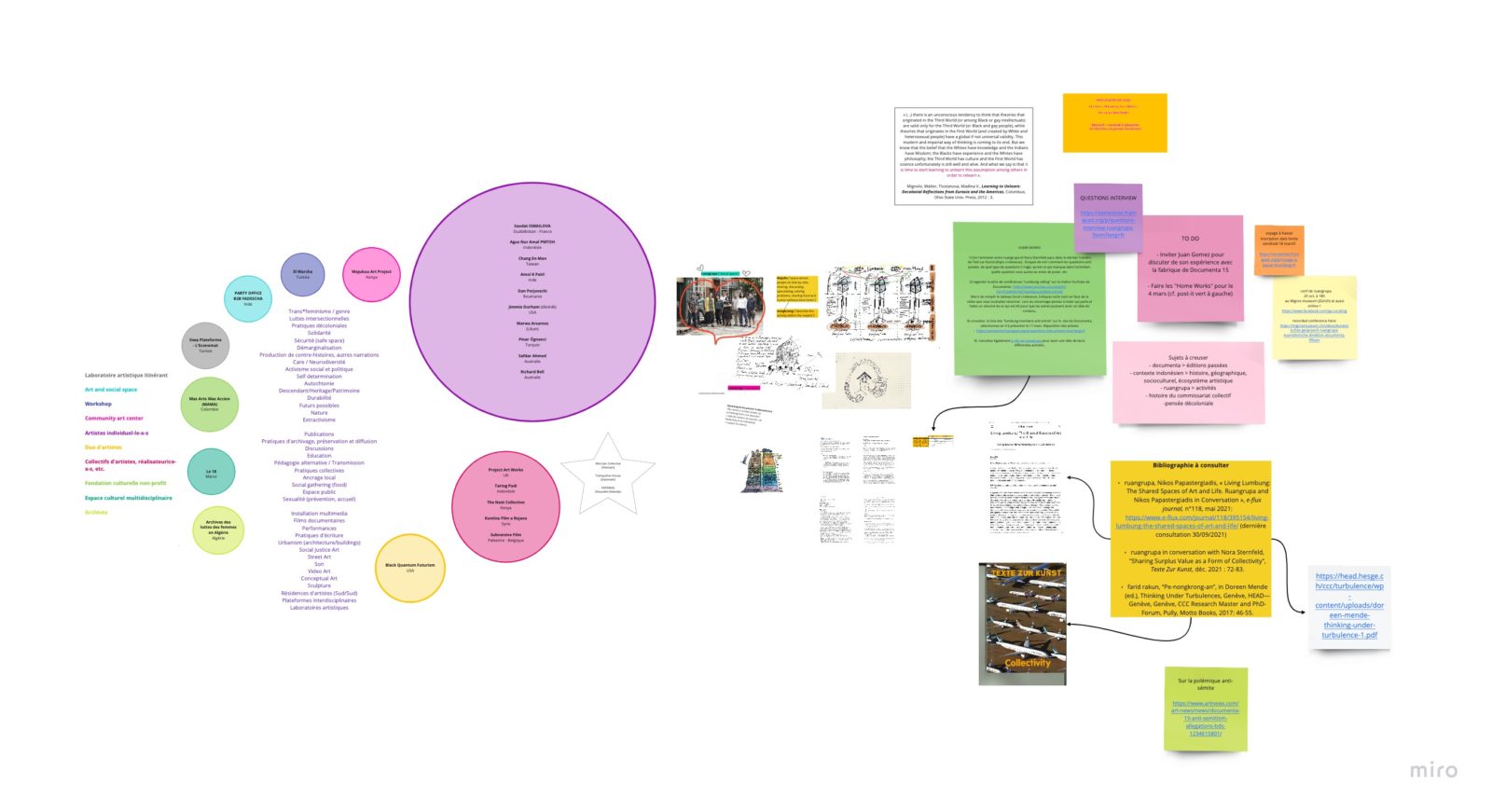 Conversation between farid rakun from ruangrupa and the students from the Work.Master

On the 18th of June, 2022, documenta fifteen will open its doors in Kassel. The Indonesian collective ruangrupa run this new edition of the German five-year event, seeking to embed it in… 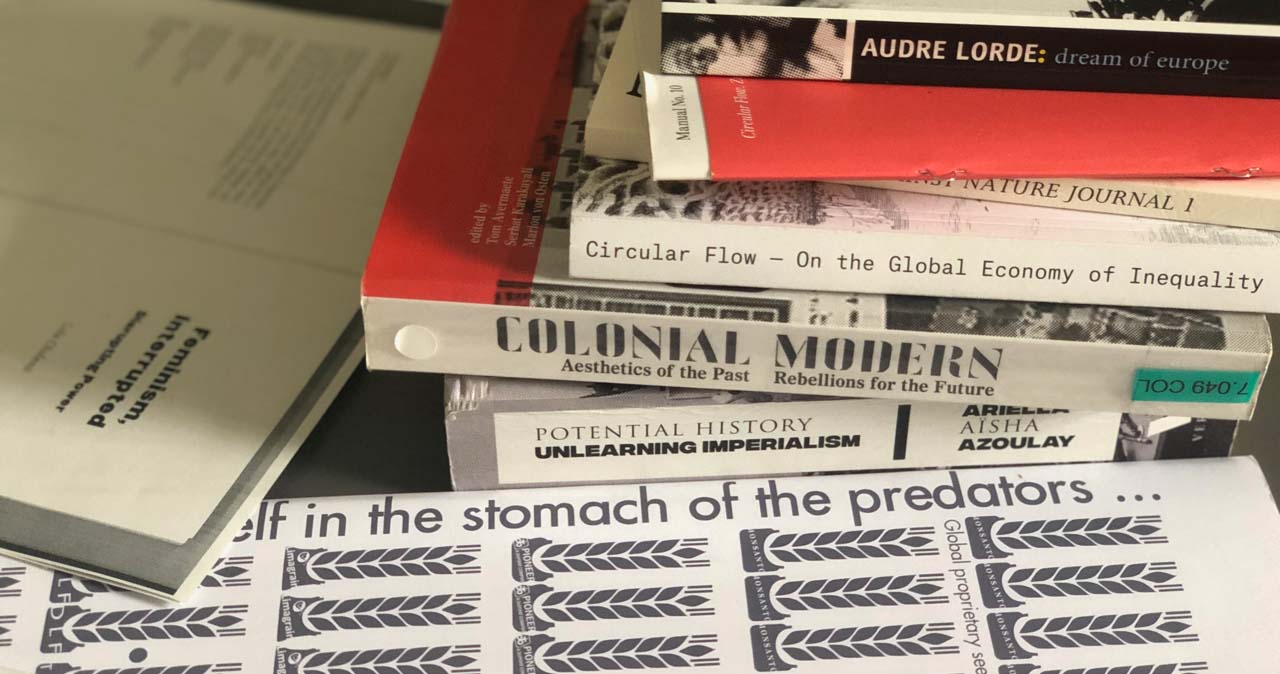