A view of the second Partigiana today, a monument dedicated to the Italian resistance in Venice
Space design

Hey, Hey, My My… Can Monuments Ever Die?

By Roberto Zancan, with interventions by Elena Pirazzoli and Luigi Guzzardi

Venice: a city without monuments

For centuries, Venice – a city-state, with extensive colonies in the Mediterranean and on the mainland – has carefully built the myth of a democratic republic, not subject to the government of a prince or a dynastic family. Although – from the lockout of the Maggior Consiglio, which limited access to the government to a limited number of noble families – the government of the Venetian state was more of an oligarchy than a republic of citizens with equal rights, the lagoon institutions were extremely careful to control the representation of power in public spaces.

Built on water, without a citadel to protect the doge or control the citizens, without walls showing the need for defence against external attacks, the Serenissima Repubblica declared itself as a perfect state, in its very form as a city.

Significantly, these careful policies are confirmed in a ban on the creation of commemorative monuments dedicated to individuals. Monuments were forbidden in open urban spaces and political or military personalities could be celebrated only inside churches or public buildings (and very limitedly on parts of the facades).1

Although a large portion of the most admired Venetian sculptures and decorations, from the horses of the Basilica to the columns of the Piazzetta, are spoils of war (notably procured when Byzantium took full advantage of the fourth crusade of 1202), for the entire duration of the Republic of Venice no human being could aspire to be represented as an example.

Consequently, all the monuments in the city that can be seen today were erected after the fall of the Republic. Most of these were created in the first phase of the Italian State, to celebrate figures – exclusively male – directly or symbolically linked to the unification process and the wars of independence of the late 19th century (Garibaldi, King Vittorio Emanuele III, Giuseppe Mazzini, etc.). Initially these monuments took their places in the largest squares and key locations of the city. The adaptation of the urban structure to modern models created new islands and new surfaces which included the creation of the Giardini a Castello, the first large urban park. This green space was the most suitable location for displaying monuments, and witnessed the flourishing of these structures.

After the First World War – during which Venice was located a few kilometres from the eastern front –, Fascism exploited the Giardini a Castello to exalt figures linked to the regime, building several statues there in celebration of war heroes, long-haul aviators and irredentists.

In the final months of the Second World War, the spaces near the Giardini became the site of the most heinous episode of Nazi-Fascist repression. The waterfront connecting San Marco with the Giardini was built between 1931 and 1937. It was inaugurated with the name of ‘Riva dell’Impero,’ in homage to the recent Fascist victory against Abyssinia of the previous year. It was on this Riva that German troops shot seven hostages in retaliation for an alleged partisan attack on August 3rd 1944. Immediately after the insurrection and the end of the war, the shore was re-named the Riva Sette Martiri in honour of the seven men shot there.

In the same spirit, in 1954, a site in the Giardini was chosen to celebrate the 10th anniversary of the Liberation. The Istituto per la Storia della Resistenza delle Tre Venezie, with the support of numerous municipal administrations, decided to dedicate a monument to partisan women and their contribution to the struggle for democracy. A group of experts composed of the most eminent art critics of the time (Giulio Carlo Argan, Sergio Bettini, Giuseppe Mazzariol, Diego Valeri, Bruno Zevi) commissioned Leoncillo to create the piece. A sensitive and rigorous sculptor, Leoncillo had actively participated in the Resistance.

Leoncillo’s Partigiana is far from traditional monumentalism. It is a completely new work, both in language and in content. She is not a mother, she is not a victim, but a young fighter who advances alone, in the mountains, armed with a rifle. A vital and almost cheerful image, the sculpture is not of stone or bronze – durable and ‘eternal’ materials – but of fragile glazed majolica in bright colours. This is a disruptive and remarkable work, characterised by dynamism and a neo-Cubist style.2

The work was finished in 1955, but the authorities requested that the colour of the handkerchief around the neck of the human figure be changed: it was not supposed to be red (the colour of the Communist brigades), but ‘more neutral.’ Leoncillo created a second version of the sculpture, with a brown handkerchief. Mounted on an elegant concrete plinth designed by Carlo Scarpa, this second version was placed in the Giardini and solemnly inaugurated in September 1957.3

A test for the Strategy of Tension

On the night of July 27th, 1961, an attack blew up the Partigiana. 1961 was the year of Adolf Eichmann’s trial (which ended in early August) and there were numerous anti-democratic assaults. But the Venetian episode was motivated by ongoing changes in the local political situation. In fact, only a few days had passed since the creation of a new centre-left majority, which for the first time included socialist parties in the municipal government. To carry out the attack, one of the perpetrators used his diving skills by swimming from the Lido di Venezia to the site, where he placed the bomb and then escaped. This right-wing sympathiser was specialised in the recovery of resellable nautical material from sunken ships off the coast of Venice, and therefore had access to a large amount of explosives precisely for this reason.4

At 4:37 pm on Friday, December 12th, 1969, a bomb exploded inside the Banca Nazionale dell’Agricoltura in Piazza Fontana in Milan, resulting in 17 deaths and 88 injuries. The widely accepted hypothesis is that the bomb was planted by a mixed group of Venetian-Paduan fascists, with the logistical support of some Milanese, and that the explosives were bought by the diving expert. No one has ever been definitively convicted for these attacks, but judicial and historical research has shown that the perpetrators were helped and protected by the secret services. In NATO’s Secret Armies, Daniele Ganser argues that direct NATO support for far-right terrorists in Italy was part of a strategy of tension: ‘a tactic which consists in committing bombings and attributing them to others. By the term ‘tension’ one refers to emotional tension, to that which creates a sentiment of fear. By the term ‘strategy’ one 5 refers to what feeds the fear of the people towards one particular group.’ Many neo-fascist terrorists reported that the stay-behind armies really did employ this strategy, asserting that these terrorist attacks were needed for the population to turn willingly to the state and ask for security.5 Many neo-fascist terrorists reported that the stay-behind armies really did possess this strategy, stating that the state needed those terrorist attacks for the population to willingly turn to the state and ask for security.

The Venice bombing was an explosive test for the strategy of tension; an anticipation of the ‘Years of Lead’ and violent political struggle. Moreover, for decades it was the only terrorist attack on a work of contemporary art, until the explosion in front of the PAC Padiglione d’Arte Contemporanea of Milan, in 1994, when in the same night of July 27th multiple bombs blast the Galleria deli Uffizi of Florence, the Basilica of Laterano and the Church of San Giorgio al Velabro, in Rome.6

After the explosion, the municipal administration of Venice unanimously decided to create a new monument, with a competition between Venetian sculptors.7

The new Partigiana, made in bronze by Augusto Murer (another sculptor active in the Resistance during the war) was inaugurated in 1969. It represents a dead woman, her hands tied, presumably tortured, who – stretched out – emerges on the water in front of the Riva dei Sette Martiri. A symbol of pain and sacrifice, it also testifies to the climate change of the Sixties: on the one hand the prevailing memory of drama and suffering, rather than the triumph of victory over the dictatorship; on the other, the horror and fear of the signs of an awakening of that monster thought to be defeated forever. For this work, architect Carlo Scarpa designed a complex structure which intended to create a strong relationship between the waterfront and the environment.

It is not easy to preserve and maintain a heavy bronze statue on a floating platform that rises and falls with the Venetian tide. The monument has been repaired and cleaned several times (a major restoration was undertaken in 2008-2009 and a general cleaning in 2019). A Larssen sheet piling was erected in the 1990s, but was then removed. Now only four wooden poles with warning lights prevent boats from crashing into it. The Acqua Granda (the storm and the exceptional tide peaks that occurred in January 2020) destroyed part of the Riva and its protective brick parapets.

The monument reacts to the force and motion of the waves, to the passage of motor boats, to the aggression of algae and salt, like a living being. Was it made to stay? Does it have more value for the educated visitors of the Biennale than for the mass of cruise-ship tourists who erode the shores with their waves? We don’t know, but it is clear that the simplification of the urban space is erasing something. Something that the history of the twentieth century has taught: that the city is a palimpsest of contradictions and conflicts. Preserving even the most tragic and contradictory moments can sometimes help us to understand why we fight for democracy and for a better environment. 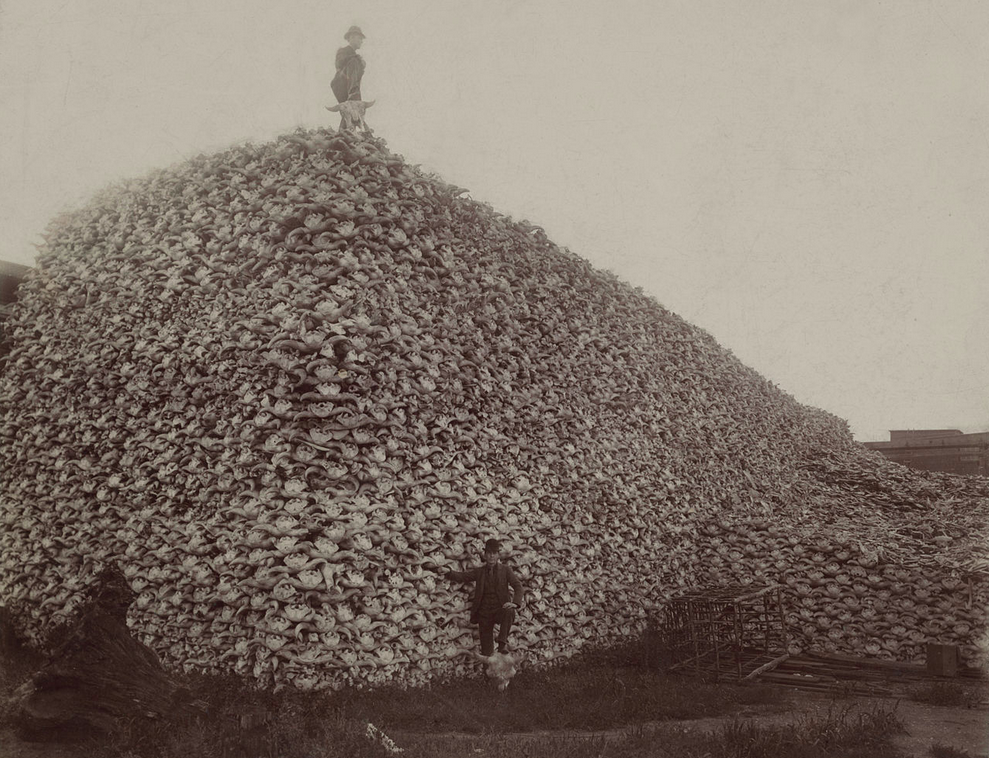 Gene Ray (HEAD – Genève, HES-SO) calls for a post-modernism that would fully overcome capitalist modernity and its catastrophes. From a reading of Walter Benjamin’s Thesis on the Philosophy of History and…