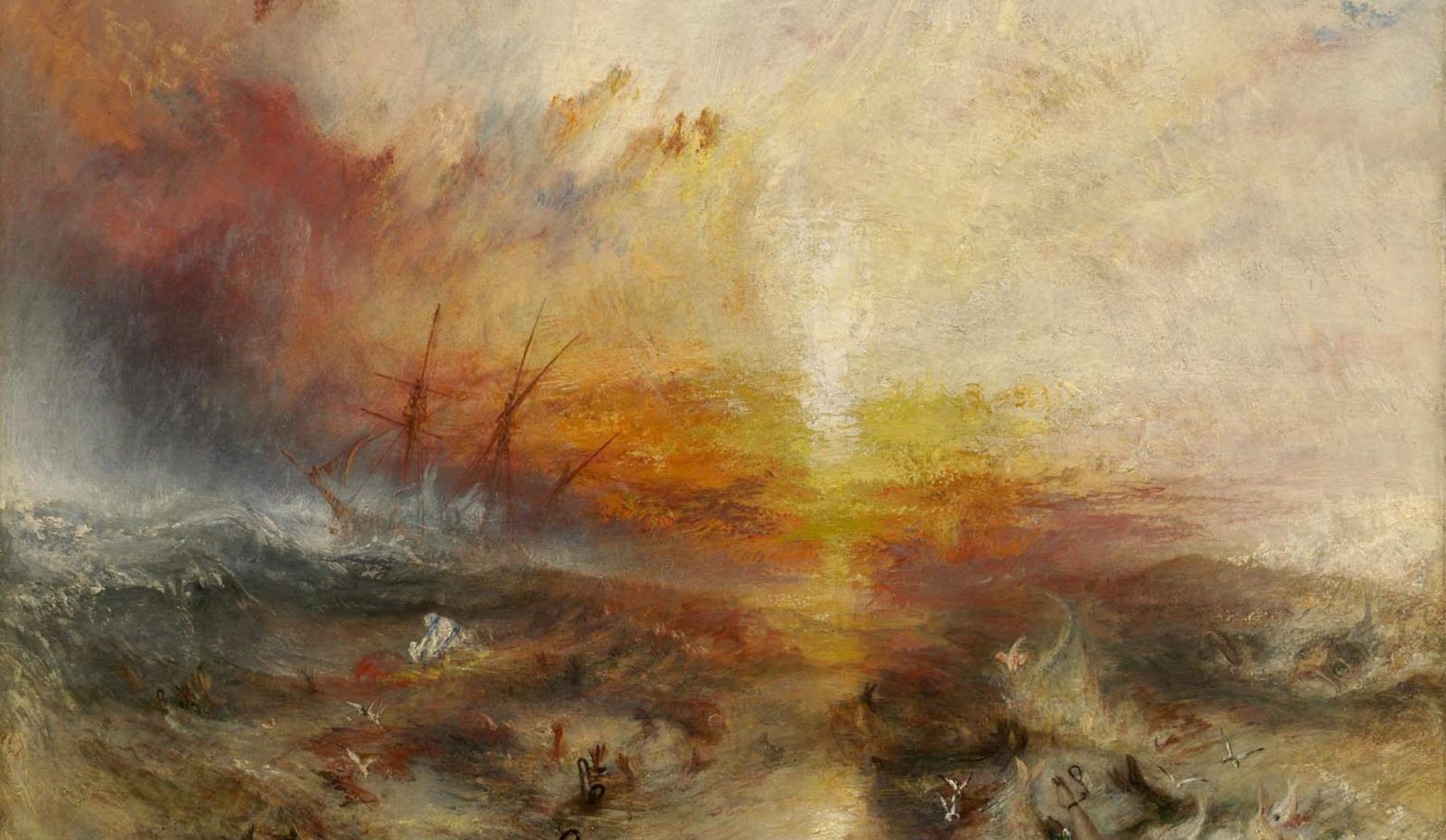 Art in the ruins of modernity

In William Turner’s Slavers Throwing Overboard the Dead and Dying, Typhoon Coming On (1840), sublime, unrelenting nature meets the revolting behaviour of men treating other men as refundable commodities. Images of black bodies at sea echo those of migrants drowning in the Mediterranean today. The funeral landscape can also be read as an allegory for a wrecked planet, brought to a state of disrepair – some scientists are predicting – by the exploitation and combustion of human and natural resources. The thematic issue gathers research projects, artistic practises, lectures and talks from the HEAD, tackling both the place of humans in nature and their way of accepting or refusing to see the Other as a person, be they human, animal or a river. In the face of collapse, artistic approaches that undo the sovereignty of the individual, the Nation-State and other expropriating organisations are called into action.

Exploring places in the world where Switzerland has played an active historical role, whether as a nation or through its nationals, the artist Denise Bertschi works on the notion of « Swiss neutrality. » Bertschi defines the traces she finds as soft evidence, which she then organises and connects with other images and narratives in her video, photography and graphic design works. Her work reveals the spirit of a time and place, translating into images the ambiguity of the abstract and unsustainable notion of neutrality — a smoke screen for Switzerland’s international activities. In this talk with the curator Giulia Bini, Bertschi evokes her mode of operation, how she combines narratives, and her use of the visual clues she finds on site. Bertschi is currently writing a PhD thesis in art (HEAD-EPFL) under the supervision of Doreen Mende and Nicolas Braghieri.

Gene Ray (HEAD – Genève, HES-SO) calls for a post-modernism that would fully overcome capitalist modernity and its catastrophes. From a reading of Walter Benjamin’s Thesis on the Philosophy of History and Trauerspiel, Ray invokes allegory as an operational mode likely to save the relics of lost fights and inspire future struggles. Art—thought of as a knowledge that uses not only reason but also the senses—must collect these relics lest they become the trophies of the ruling class: in the apocalypse-stricken aboriginal people of America and the devastating effects of the ecological crisis, Ray sees the consequences of the modern progress it pursues. Ray’s sharp reflections follow the completion of the The Anthropocene Atlas of Geneva (TAAG) HEAD-FNS collective research project, in which Ray took part. Amongst other things, TAAG put the little “green” Geneva back into the entanglement of the Anthropocene’s planetary perturbations through movies, documents, and interviews made by artist researchers.

Source of life or the « armed wing » of migration policies; object of contemplation for painters and object of fears for islanders; static or furious element, deceptive metaphor for commercial exchanges and the digital; water circulates between poiesis, poetics and politics. In this podcast, the artist Aurélien Gamboni, the writer Daniel de Roulet and the art historian and HEAD director Jean-Pierre Greff share varied perspectives on the ambivalence of the liquid element.

In English, the word “possession” has two divergent meanings, perhaps not quite accidentally. It’s earliest sense is taking possession or occupation, which becomes legal property. The second meaning is of a thing or a person possessed, as in demonic possession (first recorded in the 1580’s in Europe) and the manifold forms of shamanic and other possession rituals across the non-European world. Might the two meanings, at first sight radically diverging, in fact form a double bind that sheds light on the history of the modern subject?

Many historians and theorists have shown how the “self-possessed”, rational and autonomous subject of enlightenment and colonial Europe was instituted legally in relation to private property. Dis-owning one’s self in states of trance and spirit possession constituted the quintessential antithesis to that subject’s rationality. The ideological “great divide” between modern self-possessed and property-owning subjects and non-modern forms of collectivity enacted a double-bound colonial division that has had enormous influence on our understanding of forms of communion.

In this lecture and introductive talk to the Double Bound Possession symposium, Anselm Franke explores the systemic interconnections between various forms – both symbolic and material – of possession and dispossession. Franke also considers our reading of the history of the modern subject through the lens of this double bind and the impact it has on our understanding of spirituality.

Next, Avery Gordon tracks down the forms of dispossession that have marked the rise of capitalism at the end of the feudal period, focusing on what Marx has described as primitive accumulation through colonisation, and the Inclosure Acts in Great Britain. Gordon shows how practices such as magic and vagrancy, amongst other so-called marginal lifestyles, acted as forms of resistance against these phenomena of expropriation.

What if the abolition of slavery had given way to more sophisticated forms of servitude? Is it possible to detach the notion of liberty from the history of property that secured it? These questions span the reflection of Kodwo Eshun who, relying on Saidiya Hartman, undermines some liberal concepts such as individuality and freedom as oppression’s core values. All the while, Eshun offers a reading of the thriller Get Out, putting the spotlight on race privileges.

The artist Kader Attia shows the familial circumstances that led him to produce the Reason’s Oxymorons (2015) video installation, in which he explores the relationships between pyschopathology and belief. Through the story of his epileptic sister—whose crises stopped after she spent several months with her shamanist grandmother in Algeria—he considers the paradoxes of what, in this social context, was considered a case of possession.