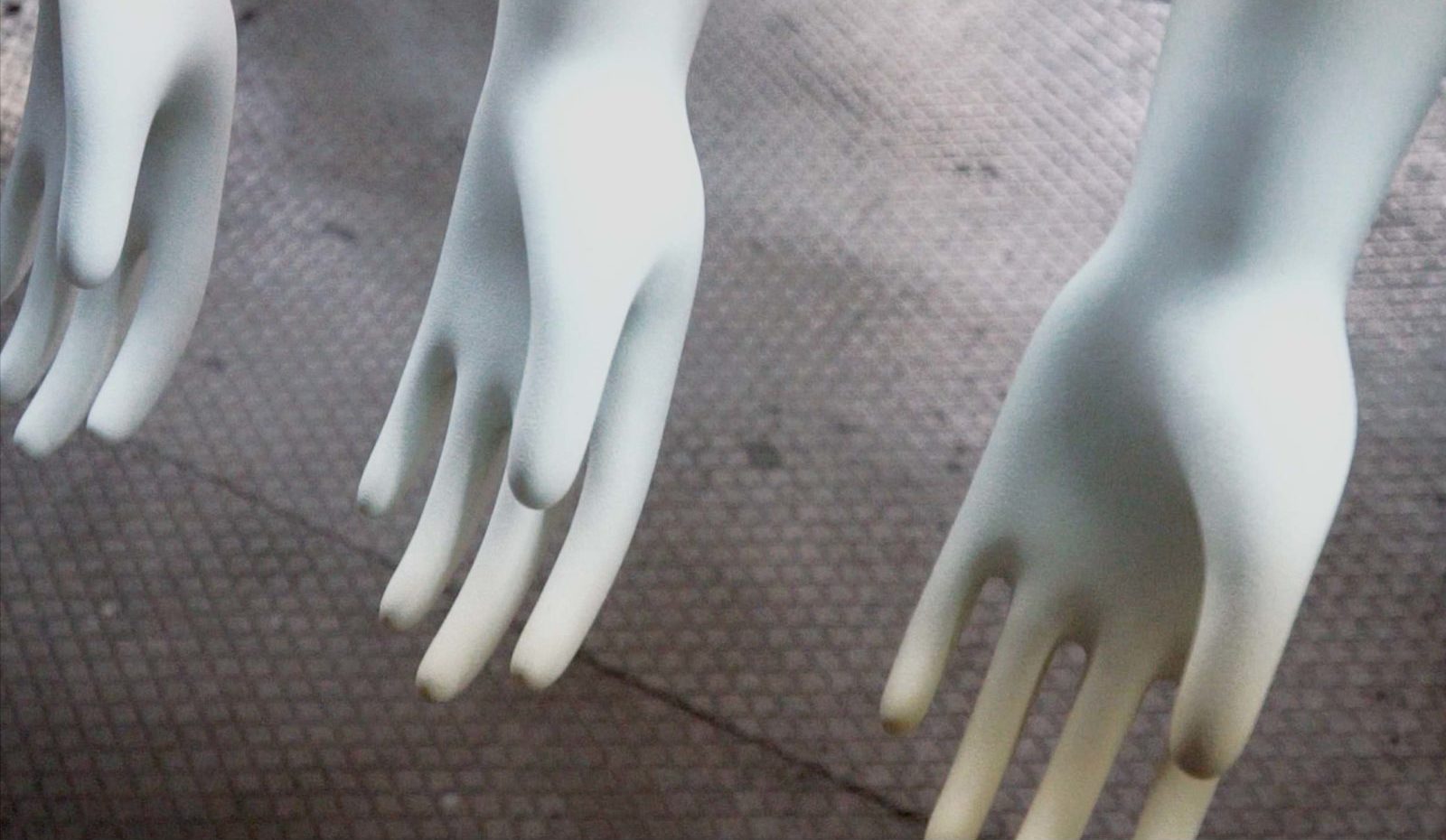 How images affect us

At the core of this issue is Charlotte Laubard’s exhibition, Études sur l’empathie. Laubard, who is in charge of the Visual Arts department, organised Études sur l’empathie at the Fondation Ricard in Paris in 2019, gathering together fourteen HEAD artist students or graduates. Some of the exhibited works dealt with empathy and emotional mechanisms or tackled concern for others and the ethics of care. Some pieces used a contemporary iconography which makes viewers feel outraged or moved, as with the Lolcats memes, or explored the relationship between body and mind within the sensory experiences we call embodiment.

The exhibition started from the principle that to address empathy is also to address the effects of art – in the sense that it is through aesthetics that we work towards an understanding of others. At the same time, it took stock of a tendency in the last decade for research in cognitive sciences and neurosciences to focus increasingly on the preconscious mechanisms that allow us to access other people’s emotional states, and on our ability to reproduce them thanks to mirror neurons, among other things. Interest in these mechanisms widely surpasses the field of cognitive sciences, as research in visual cultures also considers how images affect us. The Aby Warburg Institute researcher Manos Tsarikis and Laurent Huret discuss this in an interview published here.

Of course, the contemporary infatuation with empathy should be looked at in light of technical developments in artificial intelligence. Already in 1982, Ridley Scott’s movie Blade Runner dealt with just that: androids supposedly distinguishing themselves from human beings through an absence of empathy. Laubard evokes the question of the empathy of machines with the anthropologist and India specialist Emmanuel Grimaud, who notably worked with scientists to develop a robot of the god Ganesh. The robot answers devotee’s prayers.

Despite all the research, empathy remains a concept whose definition most find hard to grasp and whose appraisal is not always positive. The psychologist Paul Bloom thus wrote Against Empathy, in which he reveals the perverse effects of identifying with someone else’s emotional states, sometimes leading whole groups of people to develop a collective hatred based on criteria such as sex or race. Bloom defends the notion of sympathy – a rational reaction to the feelings of others, not a semi-conscious imitation. Simon Pinkas’ Master’s Thesis on online outrage – which is re-published in this case study – illustrates the risks of a purely empathic society.

In this interview with Charlotte Laubard, the French anthropologist and India and Hinduism specialist Emmanuel Grimaud revisits some of the fascinating experiments and cinematographic research in which he tackled the inter-subjective borders of communication and perception, using robots, objects of worship or idols. Distrustful of the rise of empathy as a key notion in the cognitive sciences – which reduce our relationship with the environment to neuronal functioning – Grimaud hints at ways of thinking that are more inventive, reversing away from the classical subject-object dualism and our natural tendency to anthropomorphic projection. He notably finds inspiration in shamanic experiences, charged objects and theories in experimental psychology from the 19th century. Laubard recontextualises these approaches in the art field, which is seen as a place for experiences and otherness.

With the participation of the researcher Manos Tsarikis, the interdisciplinary research project “Body & Image in Arts & Sciences” attempts to measure how images affect us. What would be the psychological and formal mechanisms at play were an existing link to be established between images and political behaviour? In conversation with the artist Lauren Huret, Tsarikis mentions how a press photograph can dehumanise groups of people in the way it is framed, or how people, depending on their age and Internet proficiency for instance, will react to images and evaluate their veracity.

Since 2018, artist and Work.Master graduate Eva Zornio has been developing a series of participative projects under the label Affective Evaluation, where she asks the audience to consider the question of empathy. In this text, Sylvain Menétrey postulates that Zornio’s project is actually a cover-up which allows her to test the very motivations of the audience’s participation as well as its willingness to submit to authority.

In his Media Design Master’s Thesis, Simon Pinkas analysed the rise of outrage culture on social media, studying significant recent cases in which true or false information triggered important – and sometimes worldwide – waves of emotion. His work thoroughly explores how deregulated ad-driven companies have managed to become sounding boards for outrage. Pinkas thus shows the way in which any given person can gain a large audience by spreading fake news, just as in the case of a Christian conservative couple operating from their garage in Pennsylvania. In a second phase, Pinkas assesses how this outrage culture has already changed our relationship with politics by fostering the rise of far-right populism and threats against freedom of speech.